We received an invitation to perform at this year's Rowan Blues & Jazz Festival, held in downtown Salisbury, NC.   Mark the date.  It is on Saturday, October 19 !!

We'll be performing a few tunes as a group, along with some solos or duets, & some surprises.  We're working hard & looking forward to it & hope you will plan to be there to support us & enjoy our performance.

Hey Folks~
I may have an opportunity to get a good deal on a Taylor guitar.  Please pray that I can work it out to be able to afford this great instrument.  Right now, it seems difficult at best.  If any of you folks are truly blessed financially and would consider investing a gift in a needy musician, let me know.  Right now I'm using a guitar with a buzzing fretboard and no pickup.  A really nice guitar would sure come in handy! 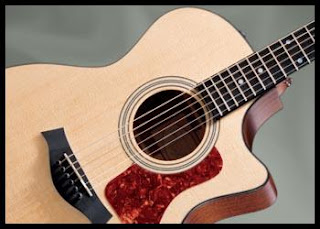 Ok.  Here's what you've all been waiting for.. for so long.. the story of GuiTarHeel (that's me) in a nutshell. And I am a bit of a nut..in this shell.﻿

We start back at the early age of eight (8) when my dad brought this guitarist over to our house.  I don't know how this was arranged, but in he walks with his electric guitar and amp, and proceeds to "wow" us with his incredible guitar wizardry.  After an hour or so, he leaves and either then or shortly after, my dad presents to me this incredible $25 guitar.  I don't know where he got that!  I didn't really learn to play that thang, but I did bang the heck out of it, playing along with my favorite Beatles tunes. (I know- this really ages me.. ohh well..)

After awhile, my interest in my cheap guitar waned, and then I began piano lessons, which actually managed to drag on for about eight or nine years.  At the age of 17, one of my friends invites me to a youth group that he's attending, so I go check it out.  That first night was during the summer, and everyone was sitting outside on the grass while a group of guitar players and other musicians were leading them in songs.  I caught the bug again.  I wanted to play guitar. This time- really badly.

I asked my youth leader to accompany me to the local music store, and I bought my very own guitar- it was a Yamaha FG-180.  It looks something like this.  My profile pic is of me, playing that guitar in one of my favorite places.. sitting in a rocking chair on my front porch.

This guitar has been on the beach with me,  playing while watching the early morning sun rise over the Atlantic, in the back of a pickup truck during a fall youth hayride with a bunch of teenagers who decided it would be cool to stuff my guitar full of hay, and basically everywhere else that I've been over the years.  And I still have it now, and play it almost every day.

I began teaching guitar during a time in my life that was very busy.  I was a full-time college student (with 21 class hours) and three part-time jobs, one of which was giving private guitar lessons for two days a week at a local music store.  That went on for about two years, and eventually phased out, and the store closed. And I sorta gave up teaching guitar indefinitely. Then recently I was asked to lead a small group at my church.  Usually these were Bible study groups, but I asked if I could do something a little different and have a guitar group with a goal of helping people learn to play and use their musical talents.

Sometime after we started, a lady in our group complimented me on being a good guitar teacher and asked if I had ever thought of giving lessons.  She didn't realize that I had taught previously, neither did she have a clue that I was already contemplating what I could do to earn some extra money.  So this comment by her got me thinking.  A quote came to mind that I had 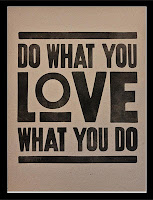 heard, "love what you do & do what you love."  This made perfect sense.  I had been playing guitar for many years and had a passion for it.  It was only obvious that I should use my talents to help others in developing their musical skills.

So I set out, determined to get started teaching guitar again.  I made up some flyers and cards, advertising lessons.  It was around October, and so they had a Christmas theme- Give the Gift of Music.   But no one responded.   It appeared to me that no one was really in the Christmas giving mood, at least not for guitar lessons.  Or either my marketing skills were lacking.    But I was still determined, so instead of private lessons, I went in a different direction, and began contacting venues about holding group guitar classes.  The first group to show interest was the local senior center, and after a bit of conversation and planning, even though our students were limited to senior adults over the age of 55, we launched our first beginner class.. with a group of seventeen (17) students!   This response far exceeded any of our wildest expectations!

We are now in our second round of classes.  After the first class, we expanded into two classes to allow for an Intermediate level.  We will be launching a brand new group of classes on Monday, July 8.  If you are a senior adult, whether a beginner, or dusting off an old guitar from the closet or attic, you are welcome to come join us.  Let's have some fun learning the guitar!   Call the Rufty-Holmes Senior Center at 704-216-7714 to sign up! 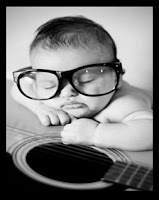 If you're sitting there and thinking to yourself, "I'm interested, but I'm not a Senior adult,"   don't worry... we've got you covered.  At least soon.  We're working on launching a new Guitar Class for all ages.  It will likely be offered by the end of summer, sometime in August or September, at a local college or other venue.  Keep posted & we will share all of the details!

[ Editor's Note- see blog entry for July 2nd- a new class to be offered at RCCC- has been postponed, but more details will be announced pending a definite class starting date. ]